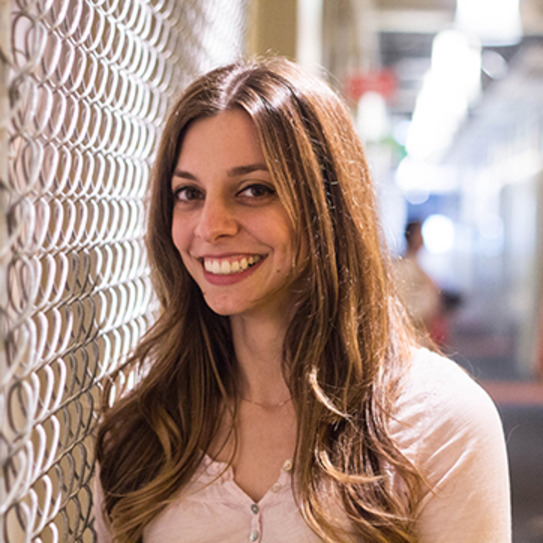 Beryl Tomay’s Amazon career began in 2004 with a fall internship. Shortly after joining Amazon as a full time engineer, she heard about an intriguing new project. "I was told that Amazon was in the process of building an e-book reader," she remembers. "I love reading books and was really excited about the idea. I joined the team and was thrilled to be one of the early developers on Kindle.”

On November 19, 2007, the day Kindle launched, Beryl and her teammates waited to find out if customers would want what they'd made. "We sold out in five-and-a-half hours," she remembers with a smile. Amazon responded to the enthusiastic demand by investing more in the project, and a growing group of Amazonians got hired to push the boundaries of what Kindle could do to delight customers. "That was really great because it gave me an opportunity to give management a try, which is what I was wanting to do,” Beryl says. "I hired one developer, then a second developer, third, fourth. Over time I was able to hire even more and have a whole team.”

The dawning of the age of smartphone apps gave Beryl and her team a chance to deliver on an even bigger project. The Kindle product team didn't want customers to have to find their place in a book every time they switched devices. They wanted apps and Kindles to synchronize automatically. Beryl describes the basic idea like this: "I'm at the grocery store on my phone. I'm waiting in line. I can read for five, ten minutes. Then I go home, pick up my Kindle, and just continue exactly where I left off. It just works. Today, it's not something you think about, but there were some challenging factors to make this simple vision a reality, especially when taking into account the UX on different form factor devices. We launched the feature, branded as ‘Whispersync’, and it was a huge customer delighter."

Beryl has gone on to innovate on several large initiatives; most recently she led a team to support the launch of Prime Now, a new service to deliver customers what they need within an hour. Beryl and her team, along with the broader Prime Now group, operated in an agile, “start-up” environment and built mobile, backend, and frontend software for both internal and external customers. During her fourteen plus years at Amazon she has learned how to deliver results while making sure she's living the life she wants. "We do work harder and longer hours when we're close to a launch or a really big goal, and that's OK because I love what I do, but you don’t want it to be a constant. I choose how much I want to work but I also have other activities for balance, such as playing piano.”

Beryl is currently working on Last Mile delivery technology for our delivery stations and drivers to get packages to our customers as fast as possible.

Learn about working at Amazon