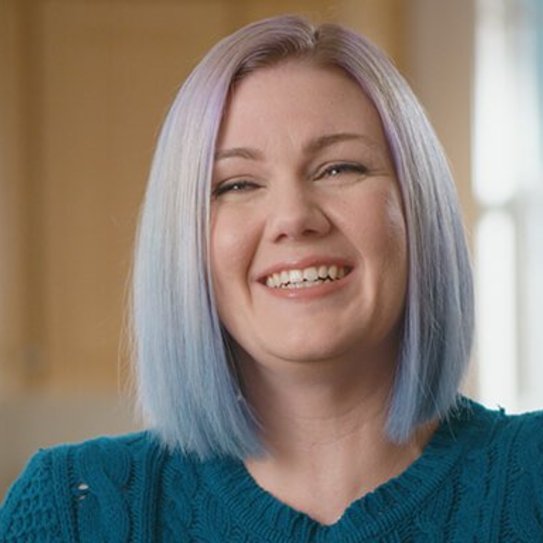 “Being a military spouse can be sometimes a little isolating. I have a bond with my customers. I'm making a new friend every time I take a phone call.”

About six years ago, the Tierce family moved from central California to Joint Base Lewis-McChord in Washington state. Sabrina's husband, Joshua, is a U.S. Army medic. She was nervous about finding a job with some flexibility because her daughter is diabetic.

"If I got a phone call from the school saying her blood sugar is high or low, I'd have to put everything on hold and leave immediately," Tierce said. "That was hindering me from getting a job, until I saw an ad from Amazon about working from home. The customer service position involved taking phone calls that were routed to you personally. It was amazing that this was even a possibility."

Amazon's Virtual Contact Centers support customers around the globe who are using Amazon's websites, shopping apps, and digital products such as Kindle, Echo, and Alexa. Tierce is now a customer service team lead with Amazon, managing 18 customer service associates who also work from their homes in several states across the country.

In addition to being available to help her daughter if needed, Tierce enjoys other benefits of working from home for Amazon. "Being a military spouse can be sometimes a little isolating," Tierce added. "I have a bond with my customers. I'm making a new friend every time I take a phone call."

"The greater value, she said, is the peace of mind her husband has because the family has a stable, secondary income. If they need to relocate for the military, she could work from home for Amazon in another state. This was recently the case when they received orders to move to Fort Knox, KY in November of 2017.

There is another advantage to her job. "My commute is about 15 paces," she joked. "The worst part of my day is if there's a Lego on the stairway because that's a rough commute to work."